The game is set in a place that very much resembles the American west, as we know it from Sergio Leone‘s westerns. The land is therefore filled with roving gangs of outlaws, frontier towns, saloons, and corrupt lawmen. There is no explicit indication of a specific time or place, it could be everywhere and anywhere.

In the game you guide 6-year old boy El Hijo on his quest to find his father. He must first escape a monastery, then find his way through the desert, avoiding monstrous creatures, before finally outsmarting horrible gangsters in the saloon of a town full of villains.

War on Prehis top down stop motion shooter made with tons of love, real sweat and fake blood! The figures as well as the playground is original handmade and recorded in stop motion animation. The game is a homage to our childhood.

We produced it in our sparetime in a small team in the last few years. It is based on the same called action figure brand from the indie resin toymaker Goodleg Toys from Berlin. The music and SFX is made by OddOne Audio.

You can play the game for free without micro-transactions or generic ads.

Try it out and have fun!

A Stork’s Journey / Richard The Stork

For the animated children’s film Richard The Stork, we created an accompanying app which brings the journey of the protagonist and his friends into the hands of the user through several different games. The app includes 16 levels where the player interacts in 4 different game modes with 5 different characters from the film.

Obstgarten is the digital adaptation of the board game for children of the same name by HABA. In the game, the children have to pick fruit and defeat the raven Theo in tricky mini-games. (Suitable for 4 years and over)

For Crown and Country

For Crown & Country is a round-based strategy game, which reflects a mix between the gameplay of the classic board game Risk, and that of the Total War series. The game can be played locally with two to three people on a computer.

As a setting we chose Great Britain in the 11th century and established the duchies according to ancient records. The units, UI, and environment sets were created with regard to the time available. 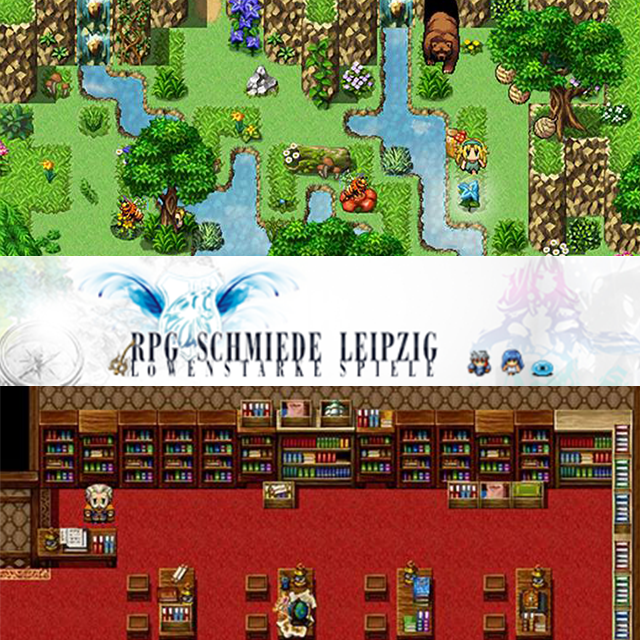 I was a co-founder of a hobby developer studios who developed 8-bit-style role playing games with the RPG Maker VX ACE. The company, RPG Schmiede, was part of games culture events such as the Long Night of the computer games in Leipzig from 2012 to 2015, and attended GamesCom in Cologne in both 2014 and 2015.

A major focus for us besides the development of games was in community work.

We offered interested players on our Facebook page the opportunity to contribute content to the game. For example, these stories, quests, graphics, or characters could be submitted for our game, which we included in the game after evaluation.